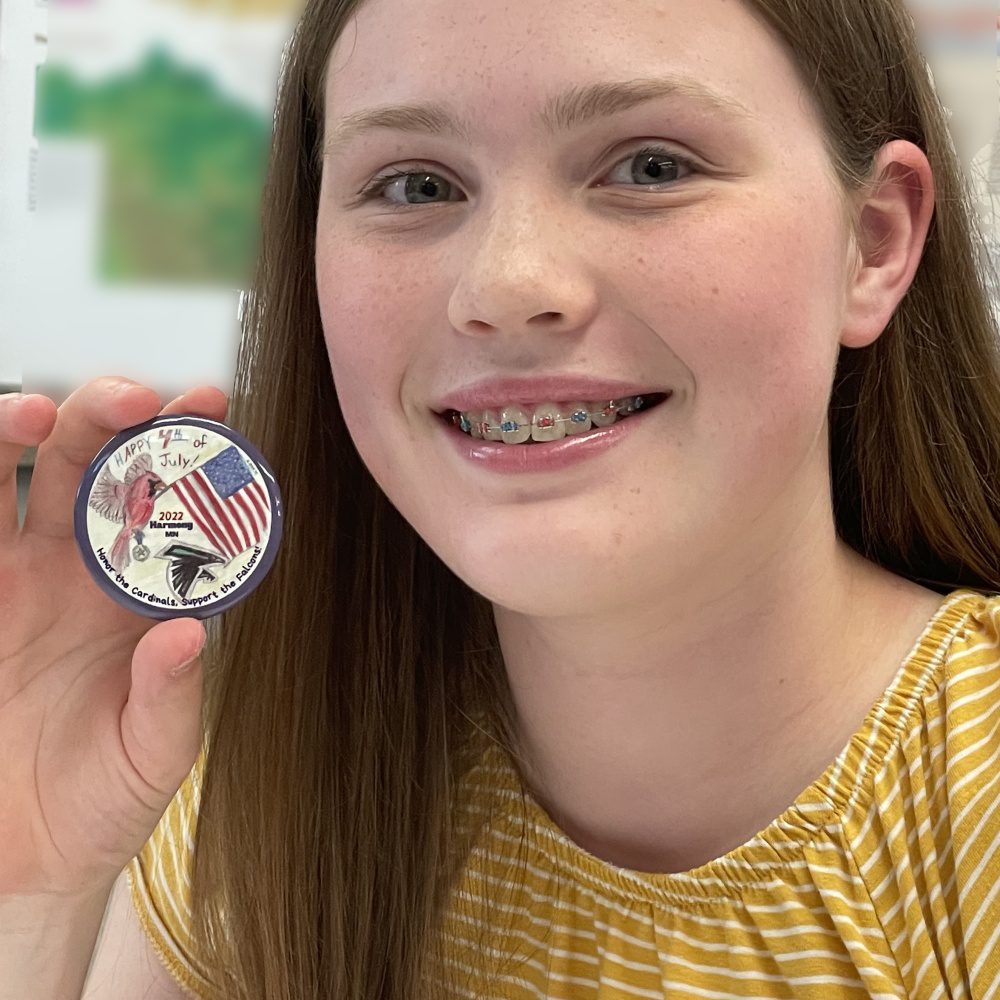 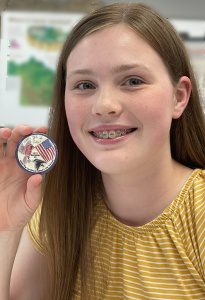 Katelyn Scheevel, a Fillmore Central seventh grader, is the winner of this year’s Fourth of July button design contest.

Not only was she presented with the first child’s button (Number One), but will be riding in this year’s Fourth of July parade in recognition of her achievement. Katelyn already has the parade wave perfected as she served as Little Miss Harmony when she was younger.

She participated in the annual button design contest this spring, as a sixth grader, as she had done in previous years. She was excited to learn that her design, following the theme of “Honor the Cardinals, Support the Falcons,” had been chosen to be featured on this year’s celebration button.

Katelyn is the daughter of Aaron and Emily Scheevel of rural Preston and has a younger sister, Lydia, 9, and a younger brother, Nolan, 5.

When designing her button, Katelyn said she tried several different combinations of cardinals and falcons, to honor both Harmony and Fillmore Central for the all-school reunion, but decided on the falcon logo for Fillmore Central and a flying cardinal for Harmony. She drew a flag to represent freedom and the Fourth of July and included an honor medal in the cardinals talons to represent the honor shown to the former school.

She admitted to feeling a “little bit of shock” when she found out her design had been selected for the button, but added that she was really excited.

Art is one of Katelyn’s favorite subjects in school, as well as one of her favorite hobbies. She loves to draw and color. Other hobbies include reading, sports, puzzles and she plays the flute. She’s staying busy this summer by participating in sports camps and is looking forward to riding in the Harmony Fourth of July parade. 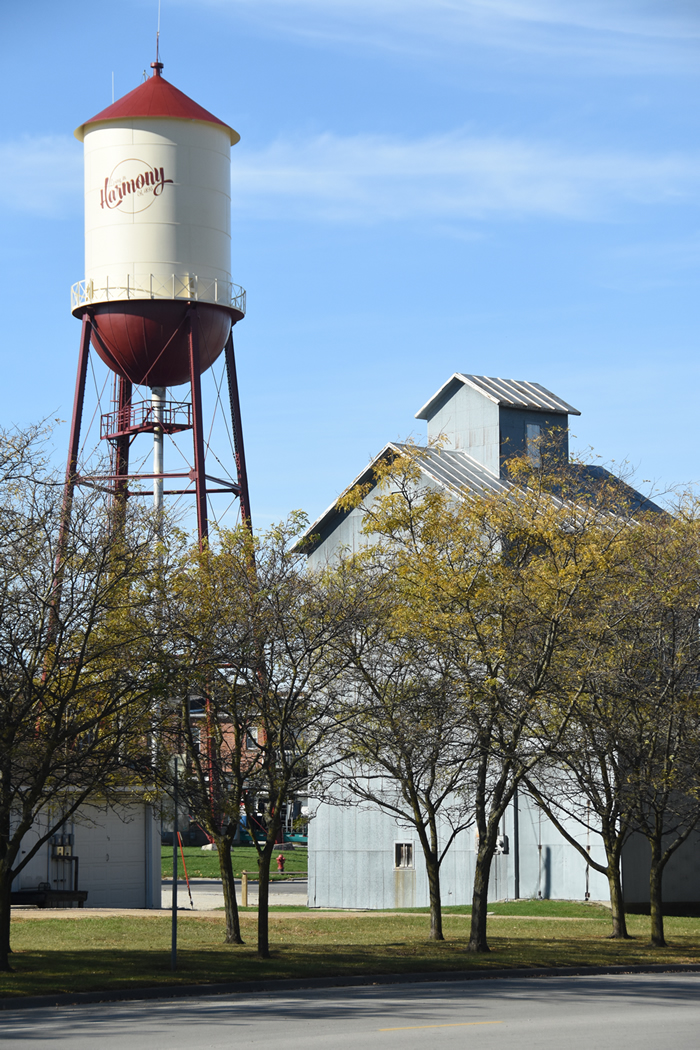